EUR/USD traded in a tight range on Wednesday and is on track to post a small daily loss after an overall quiet trading session. Markets were in consolidation mode before the release of the Federal Open Market Committee (FOMC) minutes, which turned up to be a non-event as the market largely ignored them.

According to the minutes from the FOMC October 29-30 monetary policy meeting, most policymakers said the rate cut was appropriate while noting that it was warranted due to global weakness. At that meeting, the Fed cut the target of the federal fund rate range by 25 basis points to 1.5%- 1.75%. The decision was not unanimous with two FOMC members dissenting.

The dollar even managed to shrug off headlines suggesting that the “phase one” deal between China and the United States might not be completed before the end of the year.

Attention now turns to European Central Bank minutes that will be published on Wednesday and Christine Lagarde's speech scheduled for Friday, which will be her first time speaking as the ECB President.

The short-term technical perspective remains slightly bullish as indicators hold in positive ground in the 4-hour chart, although the bias has turned slightly negative in daily charts. The immediate resistance for the EUR/USD is seen at 100-day SMA at 1.1090, although the pair needs to break above the 1.1175 zone – where the 200-day SMA converges with October’s monthly high – to improve the technical picture.

On the flip side, immediate support is seen at 1.1050, followed by the monthly low struck at 1.0989. A break below this latter could send the pair quickly to retest its two year low of 1.0879 and pave the way for more losses. 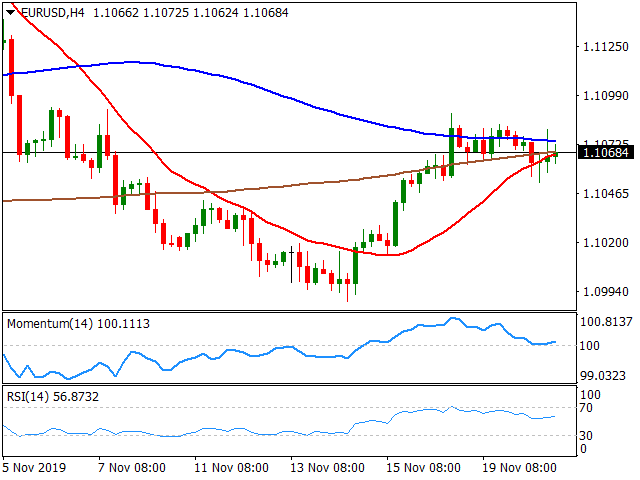 The dollar-yen pair took a breather on Wednesday, having spent most of the day in a narrow range around 108.50, while investors awaited the FOMC minutes release. While the minutes from the Fed’s October 29-30 monetary policy meeting offered no new information regarding the central bank’s future steps and was largely ignored by the dollar, some intraday volatility came from headlines suggesting that the “phase one” partial deal between the United States and China will not be completed this year.

In the 4-hour chart, the technical perspective remains from neutral to slightly bearish, with indicators below their midlines, while the USD/JPY pair trades below the 20- and 100-period SMAs but above the 200-period one, which offers immediate support at 108.50. Below this latter, next support levels are seen at 108.23, last week’s low, and 108.00, psychological level. However, the longer-term bias remains neutral, and only a break below 107.70, 100-day SMA, could turn focus to the downside. On the upside, resistances line up at 108.77, 20-day SMA, and 108.97/109.00, where the 200-day SMA converges with the psychological level. 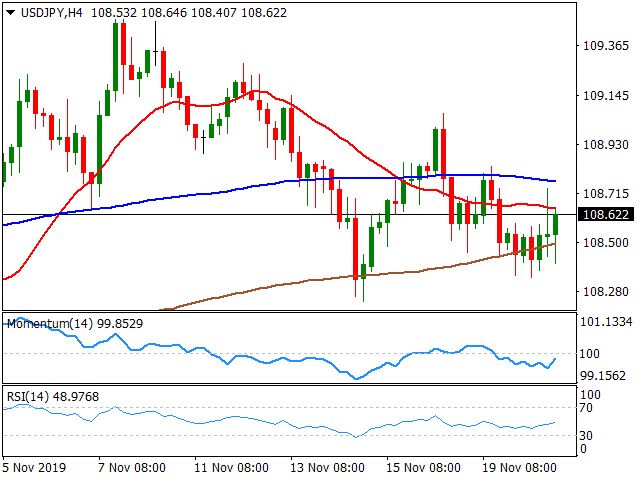 The British pound has managed to close the day virtually unchanged against the greenback, having recovered from its post-UK election debate lows.

UK PM Boris Johnson and the opposition Labour Party leader Jeremy Corbyn were head-to-head on the ITV’s political debate. The opposition leader criticized the PM for the state of the National Health Service (NHS) while the Conservative hit hard at Labour's complex Brexit approach. A snap YouGov poll showed that the televised encounter ended in a draw. However, political analysts saw this result as a loss for the PM. Moreover, 59% think Johnson did well against 67% who think Corbyn had a good performance.

Even though the pound weakened following the debate and hit a low 1.2887, GBP/USD managed to recover the 1.29 mark and established a few pips above that level. The short-term technical picture has turned neutral, as the pair remains unable to break above the 1.3000 significant resistance level while indicators are not giving unequivocal signals.  In the daily chart, the picture is a tad more optimistic as indicators remain in positive territory – although losing bullish strength – while the currency pair continues trades above the 20, 50, 100, and 200 SMAs. 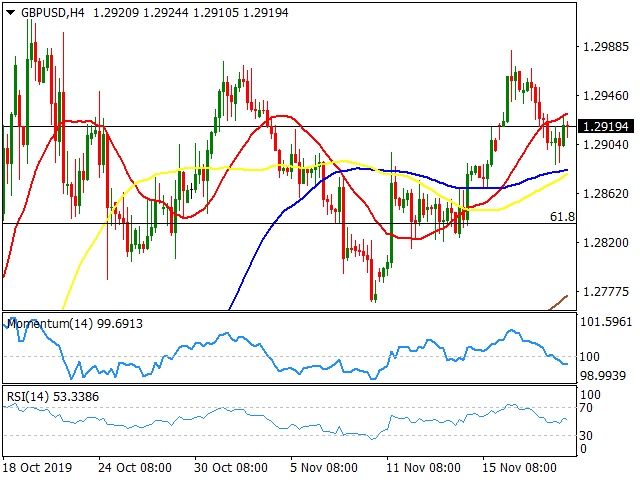 The AUD/USD pair retraced the previous day’s gains and dropped back below the 0.6800 level on Wednesday, as the Aussie came under pressure after failing to overcome a key resistance level at the 100-day SMA. In the absence of first-tier economic releases focus remained on the Fed minutes and US-China trade deal headlines.

The AUD/USD technical picture turned neutral in the 4-hour chart following the recent price action, with indicators flat below their midlines. However, the bias remains tilted to the downside in the daily chart, with the pair below the 100-day SMA while the RSI and the Momentum indicators exhibit bearish slopes in negative territory

The pair needs to break above the 100-day SMA 0.6835 to ease immediate bearish pressure, although it would take a steeper upward move to shift focus to the upside. Meanwhile, a breakdown of the lower side of its recent range at 0.6770 could accelerate losses toward 0.6720 first, en-route to its decade-low of 0.6670. 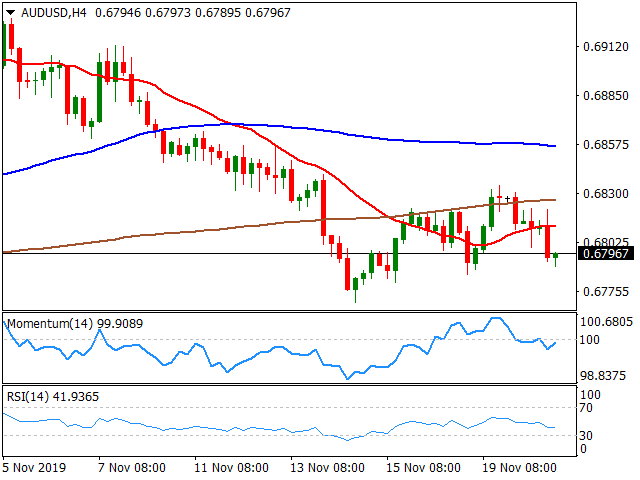 Gold had an indecisive trading session on Wednesday in the shadows of the trade deal and FOMC minutes. This time the tensions in Hong Kong caused a stir between the US and China as a rare bipartisan and unanimous majority advanced a bill that supports protesters in Hong Kong. On the other hand, the optimism surrounding the deal is fading away as all the updates were limited no solid improvement made yet. This week’s biggest even, the FOMC minutes also failed to trigger any move. According to the minutes from the Federal Open Market Committee's (FOMC) October 29-30 monetary policy meeting, most policymakers said the rate cut was appropriate while noting that it was warranted due to global weakness. 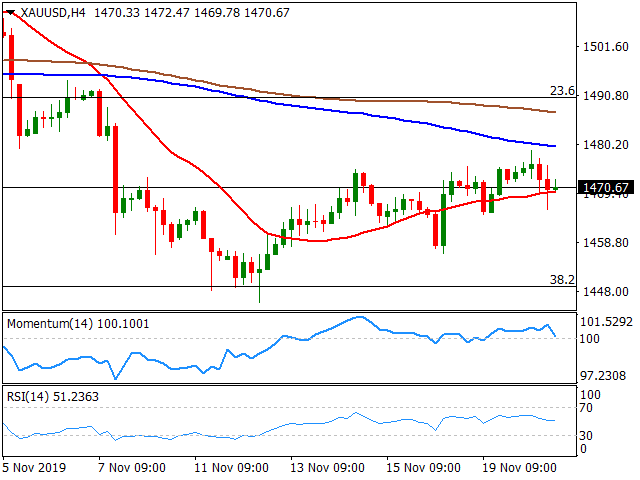 Silver also had an indecisive trading session on Wednesday alongside Gold as the US/China trade situation that will continue to cause-effect all risk assets, with Silver being no being an exception. After retracing heavily at the beginning of the month, Silver managed to correct some of its losses and trying to protect 17.00$ level. 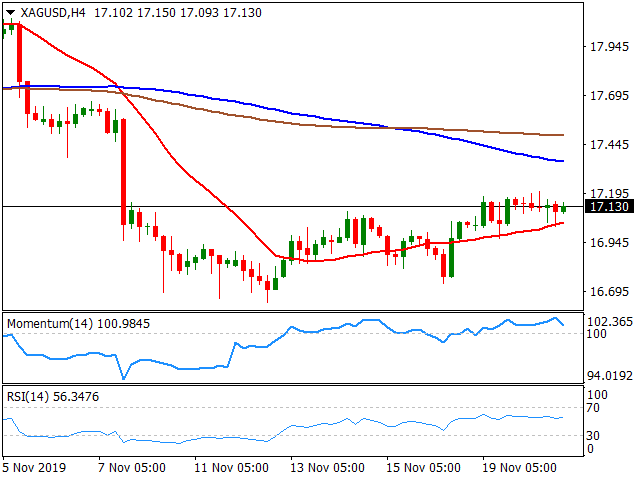 WTI successfully erased all its losses made in the previous trading day with less than expected crude stock in the US. Due to the EIA data, crude oil stocks rose by 1.4 million barrels last week which was below the market expectation of 1.54 million barrels. Also, the EIA added in its press release the total products supplied over the last four-week period averaged 21.3 million barrels per day, up by 0.2% from the same period last year. Apart from the stocks data, the trade deal and OPEC headlines are expected to dominate the headlines for the rest of the year. Russian President Vladimir on Wednesday stated that Russia wants the energy market to be predictable and balanced and added that they will continue to work with Saudi Arabia and the Organization of the Petroleum Exporting Countries (OPEC) on output curbs to provide additional support to crude oil prices which also supported the price action on Wednesday. 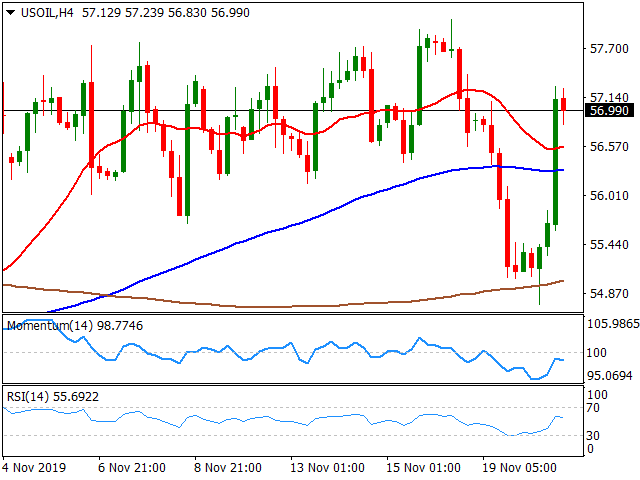 Dow Jones had a negative day in the shadow of more trade deal updates added with comments about the dispute in Hong Kong on Wednesday. The US Senate's approval of the Hong Kong human rights bill caused concerns over the possibility of heightened geopolitical tensions as it might make it difficult for the US and China reaching a trade deal. On the other hand, CNBC Beijing Bureau Chief Eunice Yoon earlier in the day said that China was not looking to link these two events. However, the markets don't seem to be convinced and major indexes lost ground with the risk-off trading. This week’s only important event, the FOMC minutes did not trigger an action as the statement was not that different than Powell’s speech after the rate decision. 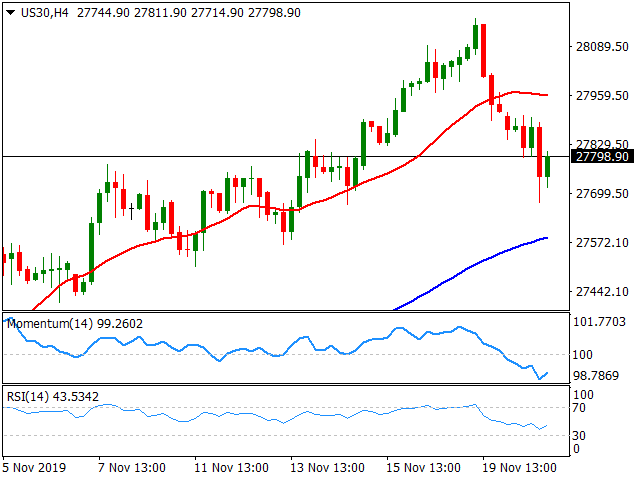