The EUR/USD pair recovered ground in the last trading session of the week, closing it around the 1.2050 threshold. The American currency appreciated throughout the week, amid hopes for a large stimulus package coming under the new administration. On Friday, the country released a tepid employment report, providing speculative interest with a reason to take some profits out of the table. According to the Nonfarm Payrolls report, the country added 49K new jobs in January, while the December figure was downwardly revised to -227K. The unemployment rate improved from 6.7% to 6.3%, while the participation rate came down to 61.4%.

Optimism remained intact, as Wall Street closed in the green, while US Treasury yields held near almost one-year highs. This Monday, Germany will publish December Industrial Production, while the EU will release February Sentix Investor Confidence, expected to have improved to 1.9 from 1.3. The US won’t publish macroeconomic data.

The EUR/USD pair has bounced from a weekly low of 1.1951, meeting buyers around a mildly bullish 100 SMA in the daily chart. The 20 SMA maintains its bearish slope above the current level, while technical indicators advance within negative levels. The pair briefly pierced the 50% retracement of the November/January rally at 1.1970  and holds below the next resistance level at 1.2070. The pair may recover further once above this last, as, in the 4-hour chart, it has recovered above its 20 SMA while technical indicators advanced into positive levels. Still, the bullish potential seems limited, and failure to advance beyond 1.2070/80 could result in lower lows ahead. 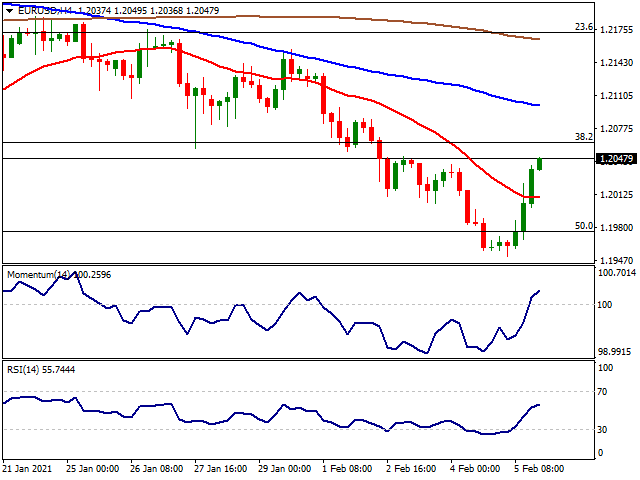 The USD/JPY pair posted substantial gains for a second consecutive week, hitting on Friday a fresh 2020 high of 105.76. The pair retreated on Friday and settled at 105.38, as investors chose to take some profits out of the table ahead of the weekly close. The early peak came after US Treasury yields soar to fresh highs, with the yield on the benchmark 10-year note reaching 1.188% following the release of mixed US employment data, which showed a sharp decline in the unemployment rate

Japan published the preliminary estimate of the December Leading Economic Index, which contracted to 94.9 from 96.1 in the previous month. The Coincident Index in the same month came in at 87.8, below the previous but better than the 86 expected. Early on Monday, the country will publish the December Trade Balance and the January Eco Watchers Survey, with the Outlook expected to have bounced from 37.1 to 44.2.

The USD/JPY pair is overbought and could retreat further in the near-term. The daily chart shows that technical indicators have lost their bullish strength near extreme readings, while sellers surged around a bearish 200 SMA. Still, the pair is developing above the 20 and 100 SMAs, and a slide at this point would be considered corrective. In the 4-hour chart, the pair remains above all of its moving averages, while technical indicators already corrected overbought readings to stabilize within positive levels. 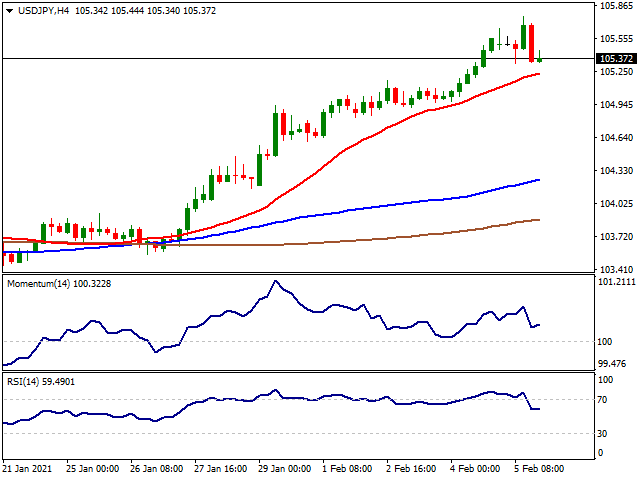 The GBP/USD pair kept recovering on Friday, ending the week with modest gains in the 1.3730 price zone, near the almost two-year high set in January at 1.3758. Two main factors provided support to the pound these days. The Bank of England has cooled down expectations for negative rates in its Thursday’s announcement, while the country keeps ramping up its coronavirus immunization campaign. The country expects to give at least the first shot to the entire population by the end of June, while the country plans to have all the vulnerable groups vaccinated this month.

The GBP/USD pair enjoys a scarce UK macroeconomic calendar, as investors had no reasons to sell the pound against the strengthened greenback. From a technical perspective, the pair is bullish. The daily chart shows that it advanced further above a bullish 20 SMA, which keeps advancing above the longer ones.  Technical indicators resumed their advances from around their midlines, maintaining their upward slopes. In the 4-hour chart, The pair trades above all of its moving averages, while technical indicators stabilized at daily highs ahead of the close, skewing the risk to the upside. 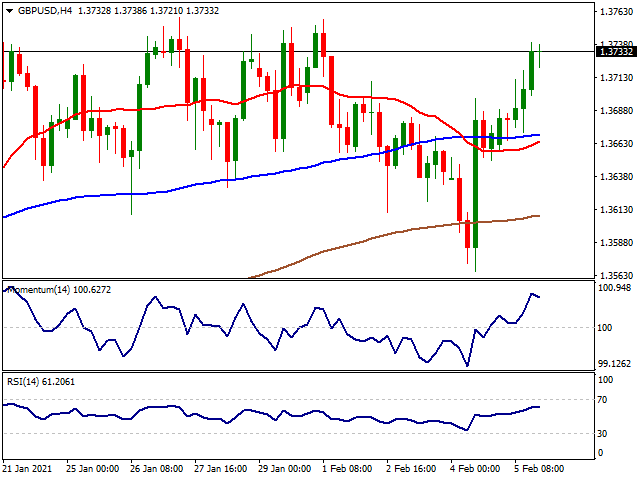 The AUD/USD pair accelerated north at the end of the week, to close it with modest gains at 0.7674. The pair bottomed for the week at 0.7591, its lowest for this year, amid the persistent dollar’s demand, later recovering on mixed US employment data and profit-taking ahead of the weekend. US indexes flirting with record highs provided support to the pair in the last US session.

Last Friday, Australia published the final version of December Retail Sales, which were revised from -4.2% to -4.1%. The country’s macroeconomic calendar has nothing to offer this Monday.

The AUD/USD pair may have a hard time to extend its recovery if demand for the greenback resumes. From a technical point of view, the daily chart shows that it pared its advance just below a bearish 20 SMA, although it remains above the larger ones.  Technical indicators head firmly higher but are currently at neutral levels. In the 4-hour chart, the pair is just below the 100 and 200 SMA, but above the 20 SMA which turned modestly higher. Technical indicators are well into positive levels but partially lost their positive momentum. The pair would have better recovery chances once above the 0.7690 price zone. 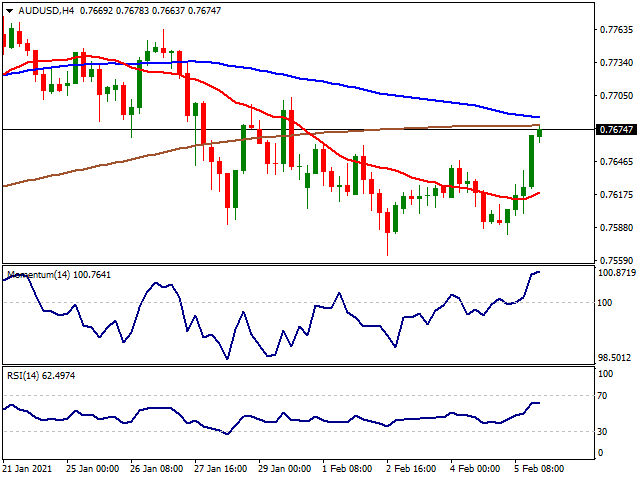 Despite the better than expected ADP reading on Wednesday and the weekly initial jobless report, NFP disappointed the markets with its first decline since last April. The US Bureau of Labor Statistics’ monthly publication showed that Nonfarm Payrolls in December increased by 49,000. Although this reading came largely in line with the market expectation of 50,000, December’s print of -140,000 got revised down to -227,000  Weaker than expected than reading, the USD stayed under pressure retracing through 91.00 level and Gold found a lifeline lifting itself over $1,800. Apart from the usual economic docket, The US Senate has approved the budget plan allowing Democrats to pass the $1.9 trillion coronavirus aid bill in the coming weeks without Republican support, as reported by Reuters. US Vice President Kamala Harris has cast the tie-breaking vote to win the passage of the budget plan and the Senate has sent the plan to the House of Representatives for final approval. A smooth pass on the deal will most likely give Gold a boost while any turbulence on the deal might create extra volatility for precious metals in general. 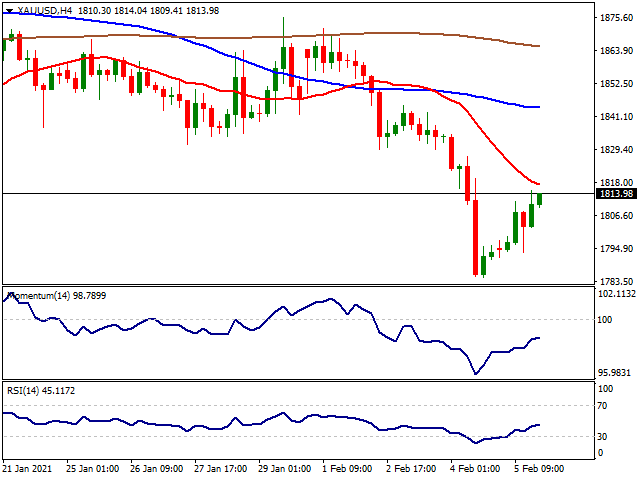 Silver outperformed Gold on Friday as the decline seen in NFP triggered a USD sell-off. The USD index slid to 91.00 levels while Gold to Silver ratio tested mid-67.00 level. On the other hand, the US 10-year yield kept its positive stance at 1.16% which is the main pressure driver for precious metals. Apart from the macro data releases, precious metals will most likely to find their next course driven by the outcome of Biden’s stimulus plan approval. On the other hand, Silver is a crucial component in two major technologies, which form President Biden’s renewable energy plan – Solar and 5G. Based on our proprietary research, photovoltaic demand for silver could exceed 3000 tonnes in 2021, while the 5G rollout – which is only just beginning – will be a significant driver of demand for years to come. Therefore, current Silver levels might still give investors a chance to increase investors their positions for the long run. 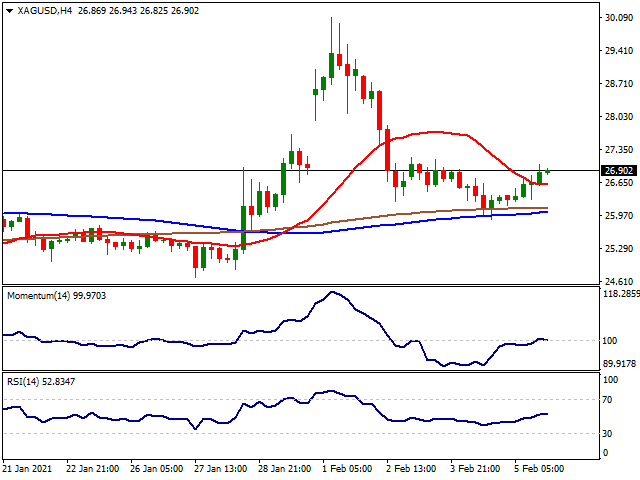 WTI extended its bullish run to its sixth consecutive day supported by the decline seen in stockpiles and better than expected manufacturing PMI data from the US, Europe and China. The weekly report published by the US Energy Information Administration (EIA) showed that crude inventories in the US declined to its lowest level since March 2020 with a draw of more than 10 million barrels in the last two weeks. On the other hand, softer NFP data pressured the USD while increasing expectations of a swift approval on Biden’s $1.9 trillion stimulus plan. Swift approval will most likely support risk appetite and WTI for the coming term. 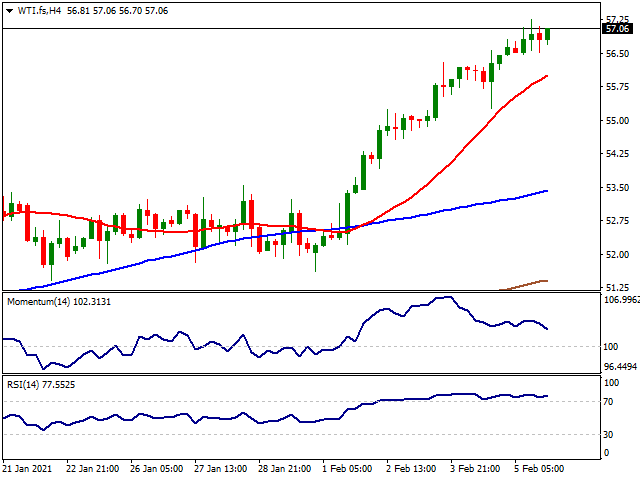 Dow Jones started the day with a bullish gap on Friday as softer NFP reading sparked hopes of Biden’s stimulus plan approval. Payrolls were +49K in January, weaker than expected, and December was revised to -227K from -140K. More positively, unemployment fell to 6.3% from 6.7%, but, overall, the report disappointed. It shows modest double-dipping stalling after COVID-19 cases surged and new restrictions were put in place. On the other hand, The US trade deficit narrowed -3.5% to -$66.6 bln in December following the 8.2% surge to -$69.0 bln (was -$68.1 bln) in November which was a record high. The USD index DXY retraced back to 91.00 levels while the US 10-year yield managed to keep its level at 1.16%. On the other hand, The US Senate has approved the budget plan allowing Democrats to pass the $1.9 trillion coronavirus aid bill in the coming weeks without Republican support, as reported by Reuters. US Vice President Kamala Harris has cast the tie-breaking vote to win the passage of the budget plan and the Senate has sent the plan to the House of Representatives for final approval due on Friday.

The week ahead will be quiet in terms of data releases in the US as the markets will try to digest the NFP data release. On Wednesday, the US inflation data set will be followed while on Friday Michigan Consumer Sentiment Index (Feb) PREL will be followed. 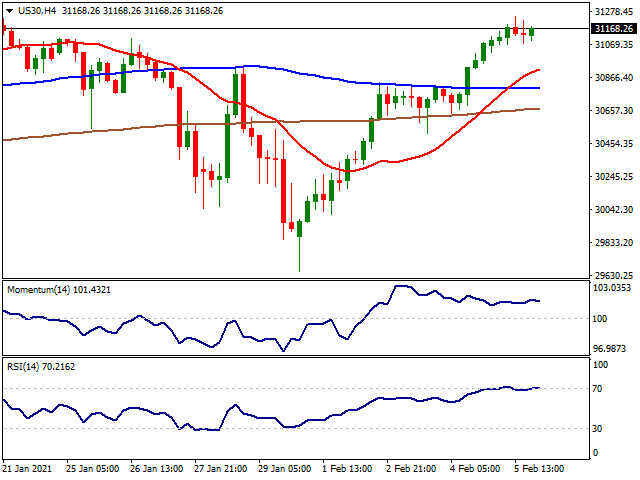